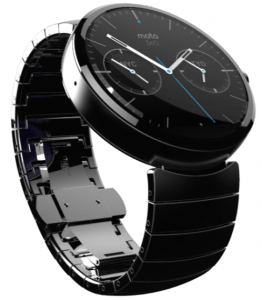 Following Google’s announcement of Android Wear, the notification rich OS for wearables, Motorola and LG announced their launch devices. Both are keeping quiet on early specifications so there is not much more information available other than renders of the devices and promises of summer release.

Hinted at during the MWC Q&A, the Moto 360 stands out from other smart watches just for the fact it looks like a watch. Looking at the current generation of smartwatches, including the segment leading Pebble and Samsung’s Galaxy Gear, the trend has been a large square chuck hanging off your forearm. The Moto 360 is a round design, even mimicking the turn dial used to set time on traditional watches. 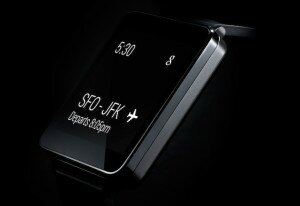 LG’s G Watch looks to be the traditional smartwatch square with plastic construction. LG’s Dr. Jong-seok Park, CEO of their Mobile Communications division said, “The opportunity to work with Google on LG G Watch was the perfect chance for LG to really pull out all stops in both design and engineering. We’re confident that a well-designed device has the potential to take the smart wearable market by storm.” Given LG’s work on the Nexus 4 and Nexus 5, we would expect Google’s influence to be strongly present in forming the design.

We find it pretty exciting to see Motorola and LG stepping into this space. It just remains to be see if Android Wear will turn into something more like Pebble with its own apps or just serve as a second screen to your phone.

Planning to getting the Moto 360 or LG G Watch? Let us know in the comments which one and why!