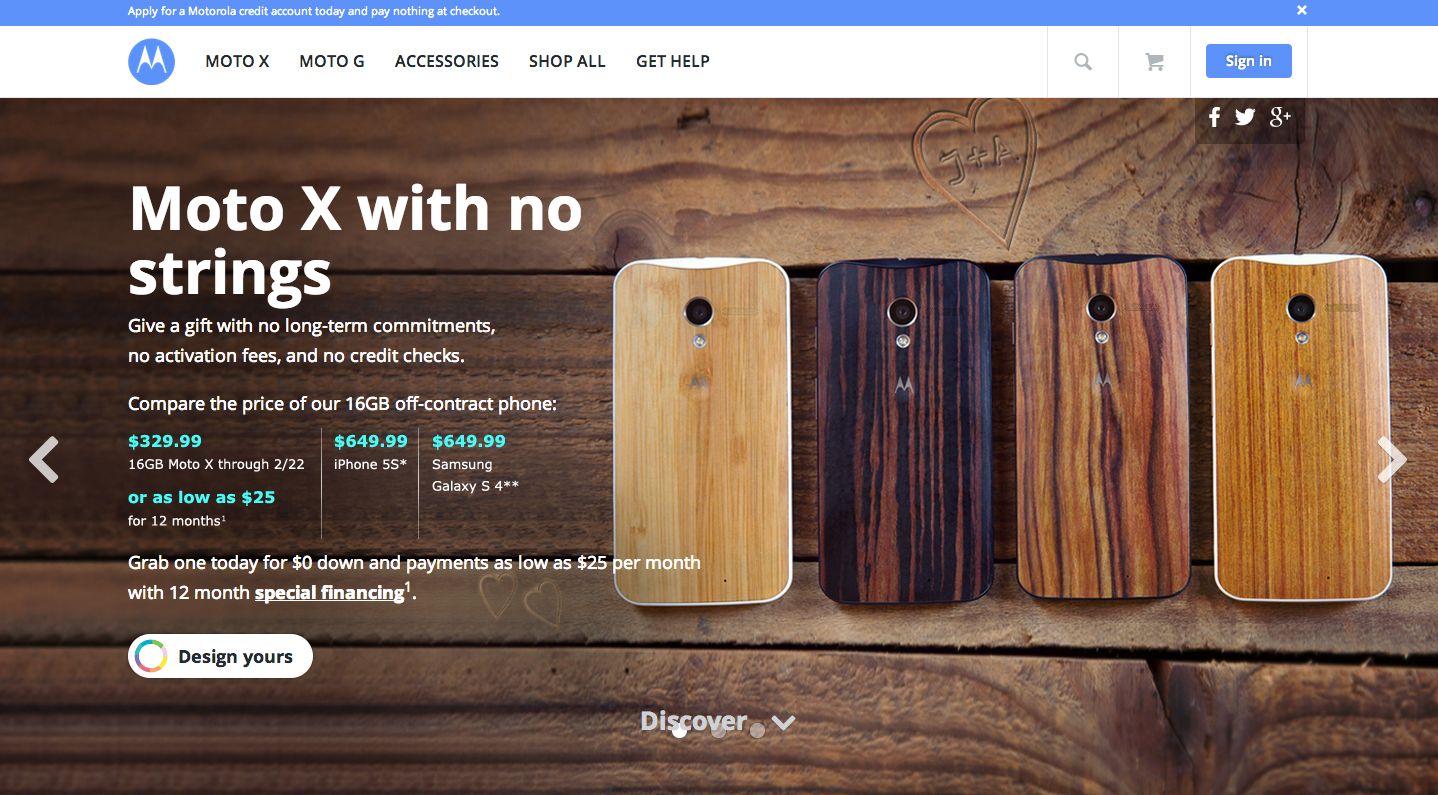 What?! You don’t have a Moto X? Seriously, stop putting it off. Just give in already, head over to Motorola.com and order one. Motorola has given you multiple chances and they just extended their latest sale for you. They originally announced that the $70 off sale would end on February 14th, but now have extended the sale until February 22nd. This brings the total price to $329 for the 16GB and $379 for the 32GB version. It is good on any carrier version, including the Developer Edition.

This is a great price on a great phone so head on over to the Moto Maker site and design yours now. Unless of course paying twice as much for an off contract phone is your thing. If so, send me some money via PayPal or Google Wallet.