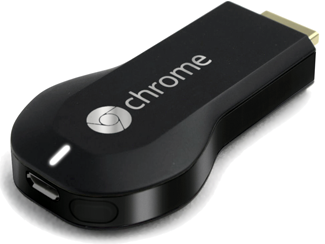 Yesterday, Google made Google Cast SDK, the technology that enables you to stream the content from mobile devices to devices with larger displays like televisions, available for developing and publishing Google Cast-ready apps.

Google says this SDK is simple to integrate into existing apps without any need to write a completely new app and is available cross-platform for Android, Web (on Chrome through Google Cast browser extension), and iOS developers.

+Paul Carff , a Developer in the Chromecast team  posted a four minute long video providing a bried overview of Google Cast SDK model and components and how to get started with it.

All Chromecast devices have already been updated to the lastest software, which includes support for the Google Cast SDK, and the roll-out of new Google Cast extension for Chrome browser supporting the latest SDK has started. The Google Cast SDK for Android is available as part of the Google Play Services 4.2 update (already rolling out to Android devices)

Details & Downloads for each platform can be found at Google Cast Downloads page here. Hit this Developers Guide to find what you need to build a Cast app.

+Koushik Dutta, Developer of AllCast application which includes support for several other cast applications has posted that his app will be updated soon to include the Google Cast SDK support. He says

The new Chromecast SDK supports the MediaRouter ACTION_PLAY/CATEGORY_REMOTE_MEDIA, which makes the Chromecast a good citizen of the Android media router framework. Will update AllCast soon.