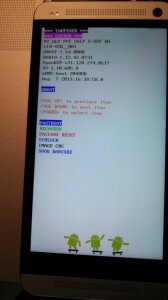 Update:- S-Off for Verizon HTC One has been released