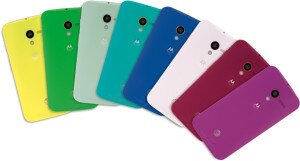 Better late than never, the AT&T Moto X Android 4.4.2 soak test is finally underway. Soak tests are a final check of the update itself and over-the-air update process by Motorola. Barring any issues, this soak test should follow the pattern of previous ones resulting in the final Android 4.4.2 update pushing out for all AT&T Moto X owners with-in a few days.

Release notes for the update posted to Motorola’s website has the same new printing feature, battery life bugfix, and Microsoft exchange e-mail sync bugfix found in the other carrier updates. Specific to AT&T is a fix for connectivity issues when roaming internationally.

To get involved in future Motorola Feedback Network soak tests, you can register at Motorola’s user forums (sign-in required).