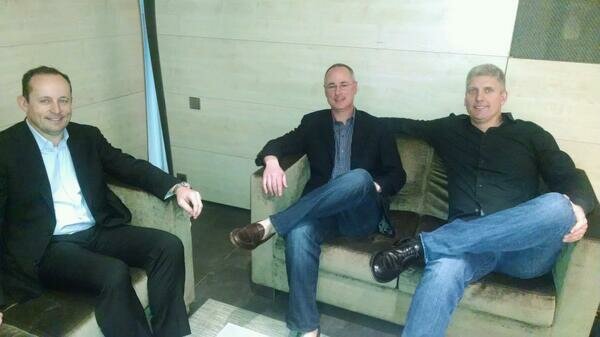 At MWC 2014, Motorola Mobility leadership took to the stage to answer questions about the company’s future with Lenovo, the influence of Google ownership, and what is in store for both the company and their customers in the future. Participating in the panel were Steve Horowitz, SVP Software; Mark Randall, SVP Supply Chain; Rick Osterloh, SVP Product Marketing and MotoMaker.

Regarding the move by Lenovo to purchase Motorola, the panel reiterated that the Motorola brand has a lot of momentum, and what Lenovo brings to the table is a global scale to both their supply chain and distribution channels. The impact of access to global markets was highlighted by Mark Randall’s mention of the importance of giving all people access to smartphones and the worldwide release of the Moto G being the company’s most successful launch to date. With Lenovo, they don’t see an overlap of products and feel this can increase their access to China and other markets.

Asked about what they would have done differently about the Moto X, Rick Osterloh discussed that active notifications and Google Now fundamentally changed the way people use their smartphone. People interact with the active display an average of 26 times daily. Customization is also important to consumers, and Moto Maker is being expanded to include Mexico and Western Europe in the second quarter of this year. Also mentioned is that the Moto X will be available in India and Australia in the next few weeks, and it was hinted that the successor to the Moto X will be released late summer.

A: Moto Maker was launched only is US, we will roll out Moto Maker in W Europe and Mexico in Q2. We think customization is huge. #MotoMWC

On Motorola’s decision to move forward with stock Android on the Moto X and Moto G, the panel elaborated that it allows them to create simple and meaningful experiences with the additional benefit to consumers being they can provide updates to their devices faster than other OEM’s. When asked if the sale would impact this, they ensured that the company definitely would not change this, remaining on the path chosen and being a strong Android partner. The Moto X, for example, has received 33 upgrades and enhancements with Mark Randall assuring they would work to continuously improve the device.

Steve Horowitz felt Google’s impact was building a vision that they are going to carry forward with Lenovo. While somewhat overshadowed by other questions, Rick Osterloh highlighted the advancements of sensor development and stated that Motorola is bringing a watch sometime this year that addresses style and battery life.

Rick – We are working on a watch that will be available this year. We aim to address consumer issues like style & battery life #MotoMWC

The video from the event will be on Motorola’s blog tomorrow, but this is some pretty interesting information to mull over now. While waiting, you can read a Twitter Q&A from the session starting here. Personally, I am really interested to see what Osterloh’s team has in store for a wearable, and I can only imagine a smartwatch with active notifications, Moto X style, that I can pair with my new Motorola phone this summer!

What about you? Let us know what you think in the comments!