A new Android custom rom has been announced at the BABBQ (Big Android BBQ) by Xplodwild, Chainfire & Dees_Troy. After the drama leading upto announcement of Cyanogen Inc this was on the cards. Not all the developers part of CyanogenMod were happy with the decisions made by the leadership at CyanogenMod.

In case you do not know these peeps:-

OmniROM aims at keeping the end user at the center, because they are the ones using the rom. All contributions made to OmniROM will be licensed under GPL. OmniROM will be based on AOSP Android 4.3 and will not be a CyanogenMod fork. The sources can be found here on github.

Below we are taking the liberty of quoting the release announcement of OmniROM on xda and on the official OmniROM website.

Omni is what custom ROMs used to be about – innovation, new features, transparency, community, and freedom. While other ROMs may water down their distribution to ensure it passes Google approval, we offer you an alternative: an Android distribution which remains compatible, but which doesn’t compromise on your experience.

Omni is a chance to get involved, no matter who you are. Developers, whether you’ve been developing apps for a week, or ROM features for 3 years, you’re welcome. Users, we know you want to help out, and we know you’re frustrated when you are told “no bug reports on nightlies”. You want to help out more, and now you can – Omni actively encourages bug reports and feature requests, which can be added to our publicly accessible roadmap. What’s the point in giving you a ROM, and forcing you to not tell us about any bugs you find?

Talking of nightlies, we also recognise how people use Custom ROMs – we’re all custom ROM users and developers ourselves – the argument that “nightlies are not for end users” is over-used, and no longer valid. We’ve found that the vast majority of users want to get nightly updates to their ROM. For that reason, nightlies aren’t a playground – nightlies are for new features that are finished. You should be able to expect the same stability and reliability from a nightly as you would from a “release” ROM, and can report any bugs that prevent this from happening.

We know not everyone wants to update their ROM daily, and you are free to update as frequently or infrequently as you like. Omni is about flexibility and giving users what they expect, rather than forcing users to use unstable builds in order to run a recent version of Android, then be denied the ability to report bugs, or suggest features, or point out issues.

Clearly they are taking a dig at CyanogenMod converting to Cyanogen Inc and trying to ask developers to dual license there apps, no other custom Android rom I know off has done this.

I’ll have to edit Abraham Lincoln’s message to suit the above situation, “OmniROM is a custom rom of the community, by the community and for the commnunity”. 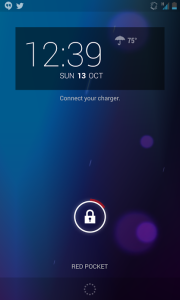 How is OmniROM different from others:-

We are focused on performance, cohesion, stability, innovation, code quality, community and open source. And the community more than anything else. You are using the ROM, you should be choosing what you want to have.

When we’re taking a patch from another ROM, we’re trying as much as possible to enhance it before merging it. When we’re getting new features, we give you a way to give early feedback, early access to prototypes, early access to mockups, etc, so that we know immediately early on if we’re doing it right.
All the contributions will be GPL licensed (at least we’ll be pushing for it). People will be able to vote up and down on patches.

Below are some the key features of OmniROM:-

The current list of devices supported by OmniROM is not a big one but good enough for a new rom, expect the list to grow in numbers soon enough but as with all custom rom development expect no ETA’s. Below is the list of currently supported devices:-

It is great to see a team of developers who are not enticed by monetary gains, instead of making money out of custom roms they are keeping to the ethics of open source development. We here at TeamAFN wish the peeps over at OmniROM all the best in this endeavor and hats off to you guys for sticking to ethics. Respect for all of you at OmniROM.

The team is also working on OmniInstaller which will be an open source multi platform custom rom installer, this means any custom rom maker can use the installer.

Update – We have new sub-forum at xda called “Custom ROM Central” and within that we have sub-forum for ParanoidAndroid and OmniROM. Let’s hope other roms also get some space in there.