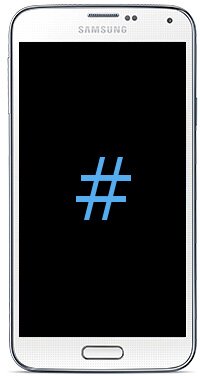 Chainfire updated his CF-Auto-Root tool yesterday to support the just released Samsung Galaxy S5 on T-Mobile, Sprint, and U.S. Cellular. CF-Auto-Root requires an unlocked bootloader so AT&T and Verizon customers, once again, are out of luck. I don’t know about you, but one of the first things I do with a new phone is void the warranty and root that sucker. If you want to root your Galaxy S5, or any other phone, vote with your wallet and get a developer edition if available or buy a carrier model that has an unlockable bootloader if not.

To get started, hit the XDA thread linked below for CF-Auto-Root and download the correct package for your Galaxy S5. Extract the .tar.md5 file from the zip and flash it with Odin using the instructions in the thread. Once done, your phone will reboot and you will have SuperSU installed and root access. Keep in mind, tripping the KNOX flag not only voids your warranty, but also breaks features that require KNOX environment such as privacy mode and containers. Most of us are going to be flashing custom ROMS like CyanogenMod or Omni so that really doesn’t matter.

So now that you have root on your Galaxy S5, what are you doing first? Let us know in the comments and please consider showing your appreciation of the work Chainfire has done with a small donation.

Self-proclaimed "know-it-none", Kevin prefers HTC hardware with AOSP ROM's. When not blogging about technology or shooting YouTube videos, he tinkers with motorcycles and R/C cars.