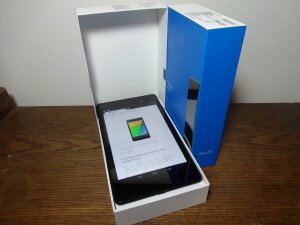 I’m not a tablet guy. All of the tablets I’ve owned in the past have ended up being sold within a month. I simply couldn’t find a use for them between my ultraportable notebook and Android smartphone. But, that doesn’t mean I’m not suckered into buying them every year. The 7″, 1920×1200 display on this year’s Nexus 7 was just too tempting. 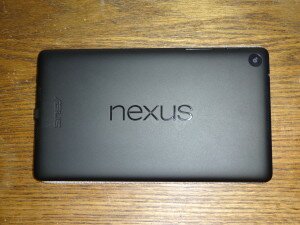 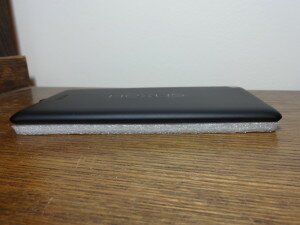 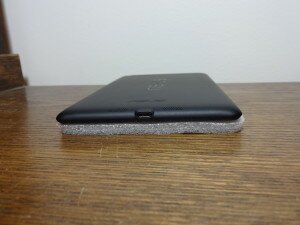 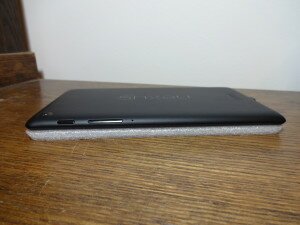 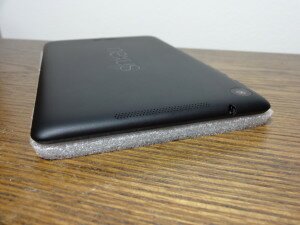 Let’s start with back. Asus continued the soft touch theme, but now the Nexus branding is in landscape orientation instead of portrait. They also did away with the “golf ball” texture, and went with a completely smooth, matte back. Ports and button are roughly in same locations. You’ll find a micro USB port on the bottom, a headphone jack on the top, and buttons on the right. Google and Asus decided to equip this model with a 5 megapixel rear-facing camera as well(I’ll get into camera quality later though). The 1.2 megapixel front-facing camera is located above the screen to the right. Overall, the build quality is excellent. It doesn’t creak, and the fit and finish is top notch. As far as dimensions go, it’s slimmer, thinner, and taller than last year’s Nexus 7. You can find the full specs at the bottom of this article. 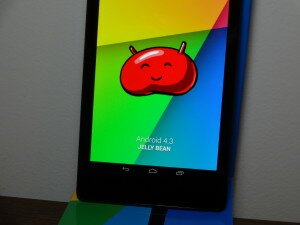 If you currently own a Nexus, you can skip this section. As you’d expect, it runs completely stock and lag free Android 4.3. The only noticeable change from 4.2.2 I’ve seen so far is the option to create multiple user accounts. I can see this option being extremely useful for couples or families who share a tablet, but for me, it’s virtually useless. Although this is almost household knowledge these days, since it’s a Nexus, it will receive Android updates the moment Google releases them. 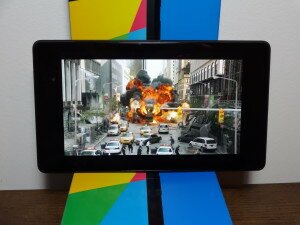 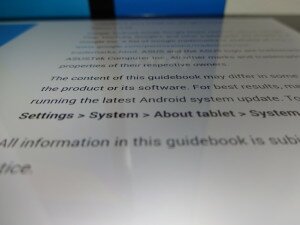 In a word? Gorgeous. At 1920×1200 pixels(higher than most laptop displays), you won’t see a single jagged edge. Ever. Seriously, this is easily the best 7″ screen I’ve ever seen. It handily beats the iPad Mini’s screen, and, in my opinion, the Retina iPad’s as well. Backlight bleed is a reality with IPS displays, but luckily it’s absolutely unnoticeable on the Nexus 7. Despite the glossy display, the viewing angles are still above average thanks to the IPS panel. My eyes are pretty picky when it comes to device display quality(thanks 20/15 vision), and I can enjoy this display for hours without any fatigue. 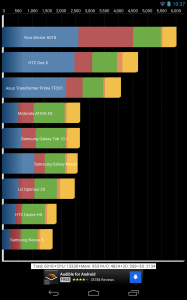 In my opinion, if a device runs all of your tasks smoothly, it deserves a good performance rating. On this scale, the new Nexus 7 gets a 9.5 out of 10.  In the four days I’ve had it, I can count the number of times it has lagged on one hand. I’m not really a tablet gamer, but it handled the occasional round of Dead Trigger perfectly. As you can see in the screenshot above, it scored just over 6000 points in Quadrant. Multitasking was also a breeze thanks to the 2GB of memory. 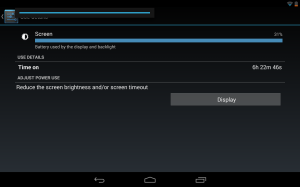 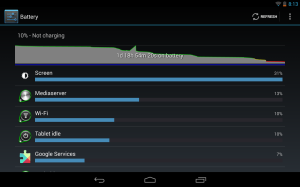 In my mixed usage(YouTube, Google+, Facebook, Instagram, Tapatalk, Twitter, MightyText, and very brief gaming), I was able to get over six hours of screen time over almost two days. Once the “new device” phase wears off, I’m sure it’ll last 3-4 days between charges. I believe the iPad Mini and previous Nexus 7 lasted a little longer, but those devices use older and slower components. 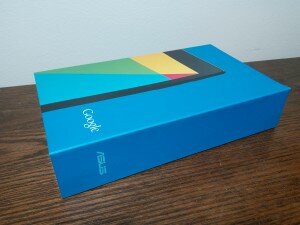 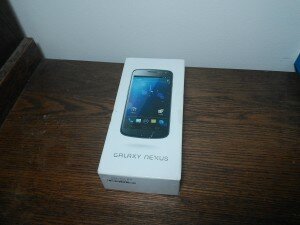 Think “Galaxy Nexus” quality. The 5 megapixel shooter isn’t anything special at all. It definitely won’t replace your smartphone camera. Given the quality of the pictures it takes, I’m not entirely sure why Google/Asus even included a rear camera. It could be useful on a video chat when you need to share what’s in front of you. Otherwise, stick to your smartphone or point-and-shoot. 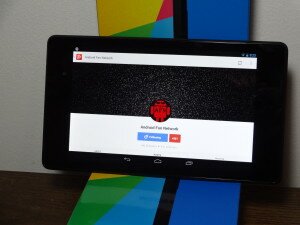 After my time with the new Nexus 7, I can honestly say it’s definitely the best 7″ tablet on the market. Although the camera isn’t great, it hits the mark in every other regard with it’s super smooth performance and sharp display. Above all, it’s a Nexus, so you never have to wonder if it’ll get the latest version of Android. Before my time with the Nexus 7, I could truthfully say I wasn’t a tablet guy. Now, I’m not so sure…

Nicholas is a business major student who loves everything Android. Aside from smartphones, his hobbies consist of debate, ultimate frisbee, and sleeping.