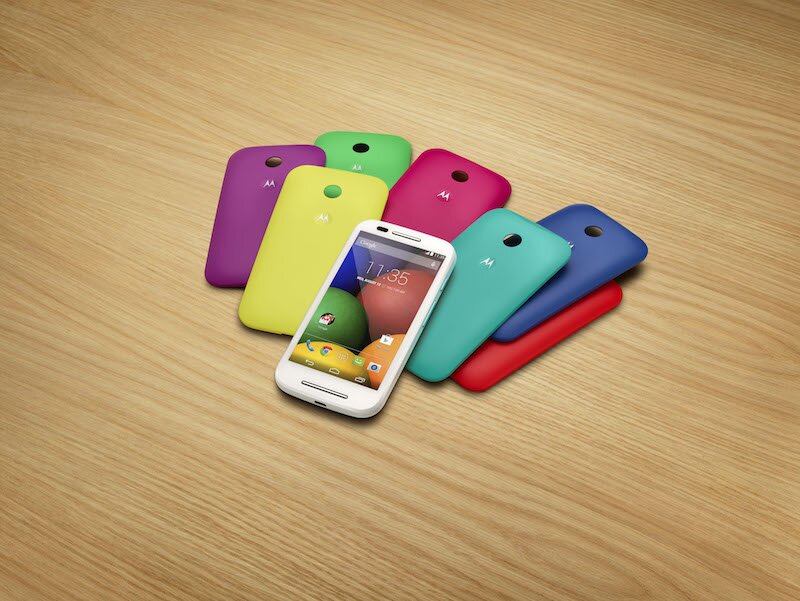 Continuing their focus on bringing affordable smartphones to the world, Motorola has announced the Moto E. The Moto E will be available in over 40 countries in the coming weeks and is priced at $129, less than half of the $337 that the average smartphone costs in 2013.

In the announcement, Motorola points out that the Moto E is “built to last,” “has power to last,” “software to last,” and “style to last.” The Moto E has enough battery to last “up to 24 hours in mixed usage,” is available in white or black with removable backs to provide you with over 20 color combinations, and is built with Corning Gorilla Glass and a water-resistant splash guard. “Software to last” does come with some fine print however, simply stating that Motorola guarantees only one software update in the future. But this is still better than any other phone manufacturer besides HTC.

Head to the link below to pre-order your Moto E for $129. An official availability date was not given, but according to this support page it should ship between June 3rd and June 6th. Does this low cost option peak your interest? Or do you require a specific feature that the Moto E does not have, like a front facing camera? Chime in below, I think I will steer towards the newly announced Moto G LTE myself being I need a front facing camera.