Google released their new camera app, called Google Camera, replacing the existing stock camera on Nexus devices. In the tradition of other Google apps that have jumped from OS updates to Google Play, Google Camera can also be used on any device running Android 4.4 KitKat and higher. 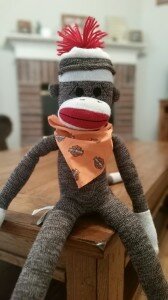 HDR is still there and being able to use this on other KitKat devices means Photo Sphere is no longer a Nexus only feature. Additional modes include a new Lens Blur that gives you an “SLR-like shot with shallow depth-of-field” and a much cleaner Panorama with a “line-up the dots” Photo Sphere sequence to capture the images.

The interface is very clean with the right edge of the view-finder being a translucent button that lets you see the whole image. To access the varies modes, you can swipe in from the left and a swipe in from the right edge will bring you to +Photos if installed. Settings are minimal (for better or worse) with flash, front or rear camera selection, and a grid overlay toggle. Tapping the screen still sets the point of focus.

If you are running Android 4.4 KitKat or higher, you can grab Google Camera directly from Google Play. Give it a try and let us know what you think in the comments.