The “iOS is Faster and Smoother Than Android” Debate is Over! 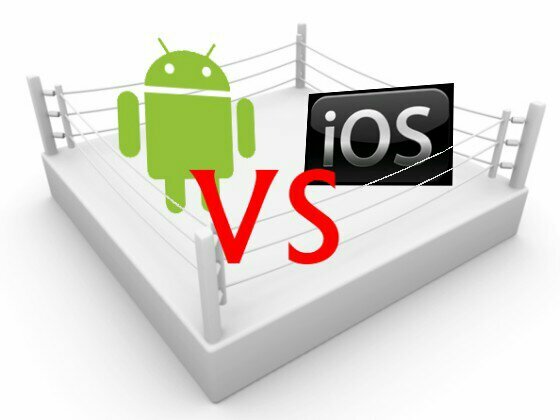 Okay, before I start this article, it’s obvious that I am an Android loyalist. Android has been and continues to be my favorite OS. With that being said, I’m going in to this with a completely open mind to be as fair and honest as I possibly can. With that out of the way, let’s talk about iOS vs Android and the old argument that iOS is smoother, faster, has better apps, better build, and so on.

First of all! The old argument that iPhones and iPads are faster and smother than current high-end Android phones and tablets is out the window. That discussion is over folks. IOS is not faster, more responsive, or smoother anymore. Jellybean put the kabosh on that. I recently picked up an iPad mini 4G and have access to the iPad mini Retina, iPad Air, iPod 5, and iPhone 5s. None of the above are smoother or more responsive to my Note 3, Nexus 7 2013 FHD, or LG G Pad 8.3 Google Play Edition. Even my Note 2 and Droid Ultra are plenty powerful enough to go toe to toe with Apple devices.

Are there Android devices that iOS leaves in the dust? Absolutely! The beauty and curse of Android is its open platform that any company or OEM can get their paws on to put out a completely low end piece of crap. So yes…..  iOS does run circles around low to mid range Android devices (except the GREAT Moto G!), and that’s to be expected. When you pay $70 for a no name Android phone from Wal-Mart or Boost Mobile, you’re going to experience lag, a crappy camera, no updates, and an all around awful experience.

Bring in the Note 3, LG G2, Moto X, Sony Xperia Z1, Nexus 7 2013 FHD, Samsung Galaxy Note 10.1 2014, and other newer high-end Android devices. All of the above are different sizes, most have better cameras than the iPhone and iPad. They’re also faster, lag free, have cutting edge technology (NFC and IR blasters for instance), better screens, much more of a WOW factor in conversation with other phone geeks, and all are taking chances with software and hardware, for better or worse, such as the awesome touchless notification on the Moto X and so-so touchless controls on newer Samsung devices. Android is constantly pushing the envelope, where iOS is constantly taking baby steps (quite a few of those baby steps completely copied Android BTW). Build quality is still in favor of iOS devices, but Android OEM’s are making huge strides, taking the Sony Xperia Z1 for example.

Now lets talk about where iOS still completely smokes Google and Android out of the water. That is their ecosystem as a whole. From apps, iTunes, accessories, device syncing, and even overall build quality. Android devices, however, are on their heels. The device syncing that Apple does from device to device is absolutely second to none. I recently bought an iPad Mini and had it synced and setup exactly the way my iPhone 4S was setup over a year ago within minutes. Google and Android really need to get that nifty little feature added to our Android devices, especially for a person like myself that changes devices weekly. These are just a few examples in my opinion that iOS is still a step or two ahead of Android. Although Google is upping their game lately with their very own ecosystem. Google Play Apps, Music, Movies, Chrome and many more features are catching up, if not surpassed (Google Music All Access is second to none).

I’m going to bring this article to an end by saying, it’s all about preference now. iOS being faster or better is an argument that should be left in the Gingerbread days. If you like a simple interface where everything works, accessories galore (due to iOS devices hardly changing shape or size over the years), and you’re not really interested in cutting edge technology brought to your devices by different OEMs, then the iPhone and iPad is without a doubt the path you should take. If you’re looking for an OS that’s constantly pushing the envelope, different sizes, different UI’s, blazing speed, and you like change more than once every other year, then Android is the path you should travel. I do recommend picking one and sticking with it as it can get expensive buying apps, music, movies, and other features from both.

So what is it? Cutting edge or comfort in what you know?