Android 4.3 update rolling out for US Cellular Galaxy S4 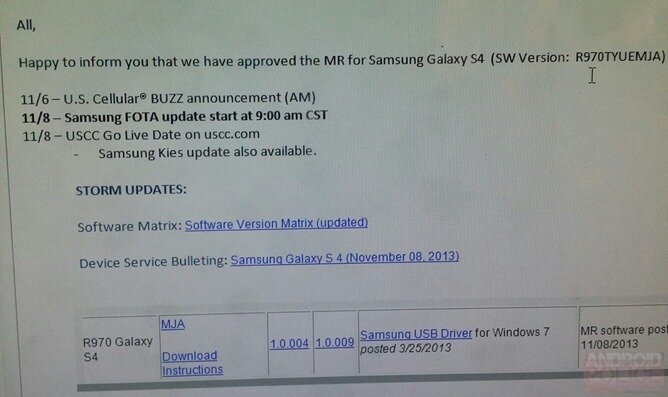 Android 4.3 update rolling out for US Cellular Galaxy S4

Are you on US cellular and waiting for Android 4.3 JellyBean update on your Galaxy S ? The it’s time to check for system update. AndroidPolice obtained a leaked document which shows Android 4.3 update ( listed as Samsung FOTA update in above image ) rollout will start from today, Novermer 8th at 8 AM CST.

Leaked document shows the build number as R970TYURMJA for  R970, model number of Samsung Galaxy S4 on US Cellular. This update is supposed to include many features like

According to Sammobile, update started rolling out and some users confirmed the same build number shown is leaked document. Update will be rolled out in phases and all Galaxy S4 users on US Cellular should receive the update in coming few days.