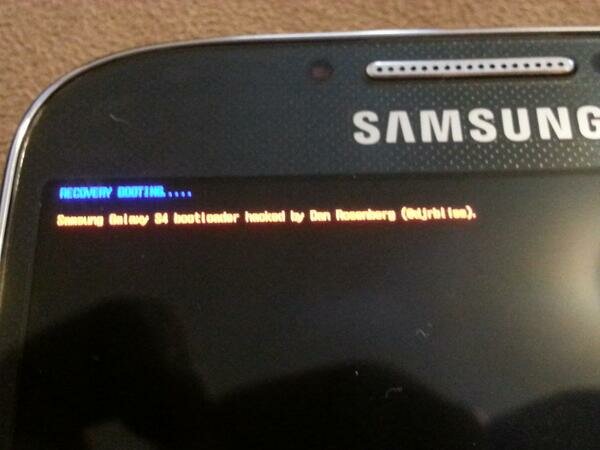 We will keep you updated once the how to do it is available.

djrbliss has confirmed that the picture above infact is the AT&T Samsung Galaxy S4, and it does allow to flash custom kernels and recoveries, the release will not be until the Verizon Galaxy S4 starts shipping (which will be in late May). The reason for the delayed release being that Verizon is notorious for locking bootloaders as well and in all probability the bootloader on the Verizon Samsung Galaxy S4 will be locked as well, to prevent his exploit from being patched (in case it is released) the release of the exploit has been delayed which makes sense.

Also, we and djrbliss ask you not to take any updates if you want to unlock your bootloader once the exploit is made public.