By AFN Staff  | 28 Dec 2011   | News
Good news for those of you with Kindle Fires and a penchant for tinkering with your gadgets.
Amazon’s Kindle Fire has been a huge seller this holiday season, mainly because of its low price tag. With the majority of tablets out there going for upwards of $350, a $199 offering is an attractive option for many. Of course, there’s also the fact that the Amazon Fire runs on a customized Android 2.3 Gingerbread OS, so many are hoping they can snag themselves this cheap $199 Android-based ereader and then hack it to run a stock version of Android. However, it’s unlikely new Kindle Fire users hoping for just that anticipated that the device would be hacked to run an early version of Ice Cream Sandwich, which most Android users are still waiting on.
Boy Genius Report reports that Kindle Fire users now have access to an unofficial Android 4.0 Ice Cream Sandwich update thanks to the members of xda-developers. Forum members recently announced that they had succeeding in getting a “pre-alpha” build of Android 4.0 running on Amazon’s beefed up ereader tablet. Though users installing the update will lose all of Amazon’s special Android customizations, those who purchase the tablet with the intention to update to a more traditional form of Android probably won’t be too disappointed. That said, if you do decide to go ahead with this modification, know that this pre-release version isn’t exactly bug-free and there are some issues to be ironed out. With that said, head on over to xda-developers to read up on the hacking process
Kindle Fire Running Android 4.0 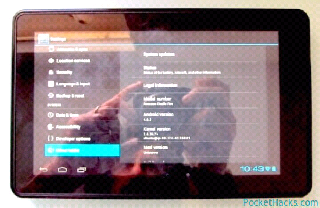